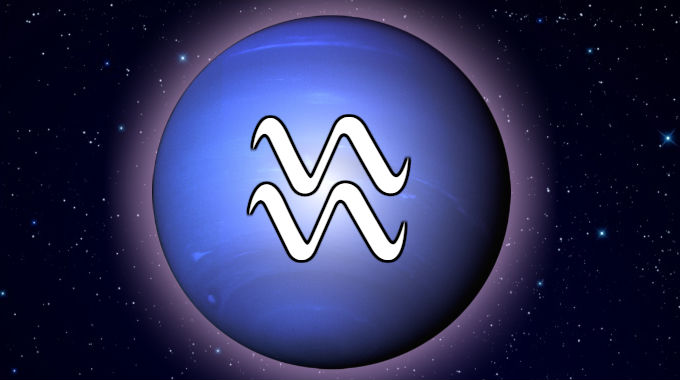 Neptune is the first planet to be completely invisible to the unaided human eye on Earth, only discovered indirectly by solving the mystery of perturbations in the orbit of Uranus. Accordingly, Neptune represents the transcendence of visible limits, signifying mystery, spiritualism, dreams, fantasy, irrationality, escapism, illusions, delusions. It also has special significance for drugs and pharmaceuticals, mass entertainment, trends in mainstream music and movies. The condition of Neptune at the time of our birth shows what role we may play in our 14-year generation’s collective idealism in the topics of its sign and house placement.

Neptune in Aquarius is in a fixed air sign, dissolving, synthesizing, idealizing and artificially reconstructing the significations of its ruler, Saturn. This sign is associated with cold rationality, detachment, abstraction, stoicism. People from this 14-year span of time may stand out as utilitarian, defiant and skeptical as a group, and individuals with aspects from Neptune to more personal planets and points may stand out as their visionary non-conformists, abstract theorists and antiheroes.

People also take on characteristics of the time they come from. Accordingly, the 1998-2012 Neptune in Aquarius period coincided with the notions of virtual environments and networks in media and entertainment, typified by the release of films like the Matrix, the CGI overload of the Star Wars prequels, the Lord of the Rings movies, Avatar, etc. This is also when music production became highly digital, and even the human voice became digitized through the mainstream arrival of autotune into pop music. This period also captures the birth, ascendance and climax of dubstep music. This period also featured the advent of social media with sites like Myspace, Facebook and Twitter which digitized social networks and interactions. This was also when media became democratized and decentralized with the rise of YouTube and reality TV, beginning with shows like Big Brother, Survivor, American Idol, The Osbournes and eventually toward shows like Keeping Up With the Kardashians, etc., putting average people in the spotlight and celebrities in ordinary situations and calling it entertainment.

This is especially true if you were born with Aquarius rising. Whether you experience the better or worse significations of this position depends on whether you were born during the day or at night, and the kind of aspects it makes with the other planets.