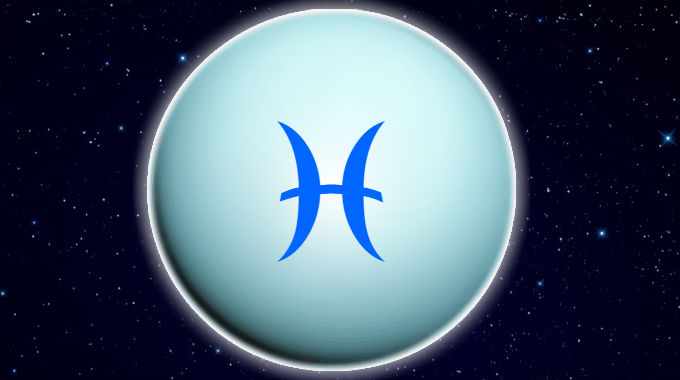 Uranus in Pisces is in a mutable water sign which revolutionizes, radicalizes and disrupts the significations of its ruler, Jupiter. People from this 7-year span of time may stand out as inspired and spiritual as a group, and individuals with aspects from Uranus to more personal planets and points may stand out as their revolutionary gurus, artists and dreamers. On a societal level, there is a sense of unbounded faith, fantasy, surrealism.

People also take on characteristics of the time they come from. Accordingly, in the 2003-2010 Uranus in Pisces period, the environmental movement was energized with a renewed focus on global warming after the release of the film “An Inconvenient Truth”, which in turn energized an anti-scientific skepticism of its claims. Similarly in that same period, controversies arose over the teaching of evolution and creationist “intelligent design” in public schools. This in turn spurred a parody faith called Pastafarianism which holds a Flying Spaghetti Monster as its deity. This faith-based dilemma over the fact of evolution stretches back to the 1920-1927 Uranus in Pisces period which featured the Scopes Monkey Trial, and the 1836-1843 Uranus in Pisces period which was when Charles Darwin first formulated the theory of evolution.

This is especially true if you were born with Pisces rising. Whether you experience the better or worse significations of this position depends on whether you were born during the day or at night, and the kind of aspects it makes with the other planets.