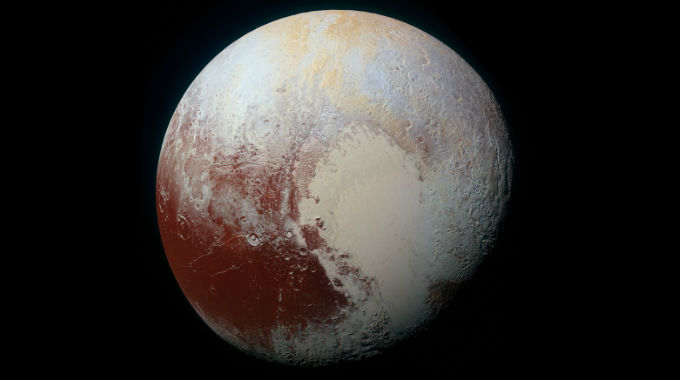 Pluto’s orbit is extremely eccentric, wildly off the ecliptic and sometimes closer to the Sun than Neptune, spending 14-31 years in a sign. It was discovered in 1930 at a time when fascism was ascendant in the world, when humanity gained awareness of fundamental atomic forces which if broken cause apocalyptic explosions. Accordingly, Pluto is a planet of extremes, making big things small and small things big. It’s also associated with tyranny and corruption, absolute control and absolute power, figuring into the charts of people who are movers and shakers in elite systems such as government, banking corporate boardrooms. The condition of Pluto at the time of our birth shows what role we may play in our 14-31 year generation’s deconstruction and transformation in the topics of its sign and house placement. Pluto empowers, warps, corrupts, deconstructs and transforms the topics of the signs it transits through.

Here are the links to my interpretations of Pluto in each sign of the zodiac:

Patrick Watson Astrologer
4.8
Based on 21 reviews
powered by Facebook

Büşra Bilgi
2021-04-14T00:15:22+0000
I asked a horary question to him and he answered it, everything about my question and his predictions were totally... consistent. He is amazing astrologer i've ever seen, he wrote every detail, if you get consultancy from him, i'm sure that you will never be regret.read more

Busra Bilgi
2021-04-13T19:59:15+0000
Mr. Patrick is a great astrologer. His predictions are very consistent. He guided me so well that I now found how to... get rid of the problems I had with my grandmother. You should definitely seek advice from Patrick Watson. He's a really cool guy with great character. It helped me a lot. 100% of his answers to the question Horary are compatible with my life. Be sure to seek advice from Patrick Watson! It is professional astrologer Patrick Watson who does his job best. 🙏🥳read more

Lia Charisma
2021-02-03T22:34:25+0000
I wish I had an experience like the other people here but mine was lacking. It felt like my chart wasn’t looked at... until the time of my reading which is FINE if it would’ve resulted in more information about me. A bulk of the information given to me was about general astrology. I. E. “let’s spend 15min talking about what the 8th house represents” versus what this means for me. Overall, it felt like a flimsy reading. I ended up booking a reading with a different astrologer who said a lot of the same things (and a lot of new) but way more fleshed out and edifying. I wouldn’t recommend this service.read more

Dan Hong
2019-07-05T19:55:22+0000
This was an interesting, insightful reading with one of today’s leading practitioners of ancient Hellenistic Astrology.... Patrick was professional, funny, and sensitive to the topics of our discussion. Very accurate description of my past and my future goals, fascinating discussion overall. He gives you a great perspective on your life and how it unravels by pinpointing period in your past that will echo through today (and tomorrow!). Fantastic reading.read more