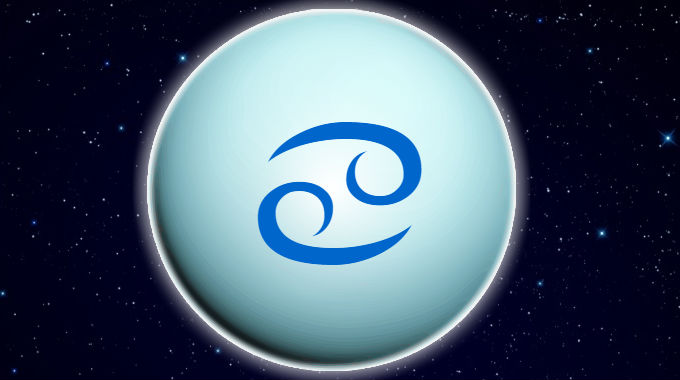 Uranus in Cancer is in a cardinal water sign which revolutionizes, radicalizes and disrupts the significations of its ruler, the Moon, such as the notions of domesticity, parenthood, the physical body, home, tribe and country. People from this 7-year span of time may stand out as protective and communal as a group, and individuals with aspects from Uranus to more personal planets and points may stand out as their revolutionary guardians and caretakers. On a societal level, following the turmoil of the previous Uranus in Gemini period, there is a sense of establishing new modes of living, settling down into new communities, suburbs, neighborhoods and families.

People also take on characteristics of the time they come from. Accordingly, in the 1948-1955 Uranus in Cancer period, more babies were born in those 7 years than in the previous 30, leading to the term “Baby Boomers”, and the Moon is associated with fertility. In that same period, infant formula hit the shelves, liberating mothers from breastfeeding and revolutionizing family dynamics. This is also when the first experiments with birth control pills took place. In that same period, technology entered the home in unprecedented ways. Television sets and all kinds of electronic appliances entered nearly every home in America. In this same period, the structure of DNA was first discovered, one Uranus cycle since DNA itself was first discovered in the 1865-1872 Uranus in Cancer period.

This is especially true if you were born with Cancer rising. Whether you experience the better or worse significations of this position depends on whether you were born during the day or at night, and the kind of aspects it makes with the other planets.