Uranus is now in Taurus for the next several years, and one of the key themes that astrologers (including myself) have identified with this transit is the technological disruption of value and finance, which cryptocurrency has the potential to do. As I’ve been looking at the various figures who will experience Uranus in Taurus conjoining their Sun, one has stood out to me: Mark Zuckerberg, the CEO of Facebook who was born with the Sun at 23 Taurus. News has recently come out that Mark Zuckerberg is planning on releasing a Facebook cryptocurrency called GlobalCoin in 2020. It’s a news story which hasn’t really gotten the amount of attention that it should considering how revolutionary this could potentially be. Why is this such a huge deal? To understand that, we better make sure we understand the basics about cryptocurrency.

Essentially, it’s digital currency. Usually when we think of currency we think of it as being backed by a finite physical asset, like gold or silver which determines its value. However modern economies have gradually transitioned away from this model. The US dollar for example is no longer based on a gold standard. Instead, it’s based on its utility as a default global currency, the “full faith and credit of the United States” and, well, the fact that the USA has a ton of nuclear weapons, I guess. When you strip all of that down though, what ultimately gives money value is the value we agree upon. Consensus provides value. Digital currency is proof of that concept because it’s completely immaterial, just a series of 1’s and 0’s. And yet 1 Bitcoin is now equivalent to thousands of US dollars.

There are hundreds of cryptocurrencies out there. There is not consensus yet on which cryptocurrency will be “the one” that we use, but it is most likely that we will ultimately gravitate towards one. Some people believe it may be the first and currently most successful cryptocurrency, Bitcoin, but there are other contenders as well such as Ethereum and Ripple. It’s just like in the early days of the internet, when no one knew if it was going to be Google or Yahoo or AskJeeves or Dogpile that would end up being the primary search engine people used. Now we know, Google won. Google won big.

So which one will end up being the “Google” of cryptocurrency? I don’t know enough to answer that, but I’m not sure we know who all the major players will be. But one person I do think will be a major player is Mark Zuckerberg, who is uniquely suited to make the strongest bid for a global cryptocurrency imaginable. Why? 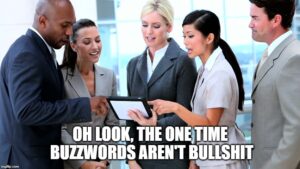 Mark Zuckerberg has over 2 billion people already connected on a platform you might have heard about: Facebook. Imagine logging on to Facebook one day and seeing a notification that your account has been valuated for $5000 worth of GlobalCoin, or 5000GC. Instead of giving likes to statuses, you’d give someone a tip of 0.5GC. When you posted a status or a photo, you wouldn’t just get likes on it, you might get paid 2GC by your friends.  Businesses would be accepting payments in GC as a condition for advertising on Facebook. With 2 billion potential customers on Facebook, what company could say no? There are enough people on Facebook who would be excited to use and receive money in GC that the consensus around its value could reach extraordinary heights. It could become people’s means of making a living, it could free people up from jobs to pursue their own businesses. It could completely transform lives and entire industries and economies. This could facilitate the kind of political-economic transition that people are expecting from Jupiter and Saturn moving into a new 300-year cycle of air signs, starting at the end of 2020.

And if you think this sounds ridiculous, think again, because there is already a cryptocurrency social media site which does exactly this. Steem is a cryptocurrency which is linked to a social media site called Steemit. Steemit is like most other social media sites. You have a profile, you can write articles, you can post pictures and videos, connect with other users and comment on their posts, etc. The biggest difference is that instead of just clicking “like” on someone’s posts, you can actually give them a digital “tip”, some fraction of your currency to show your appreciation, and you can earn Steem through creation and curation of content. The more people who join the website and interact with others on it, the more value its associated currency gains because it forms consensus around its worth. 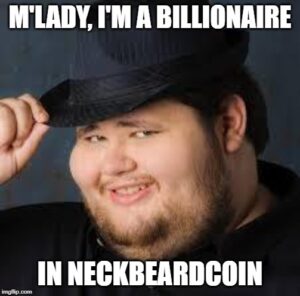 Now, the reason you probably haven’t heard of Steemit is because it’s smaller, newer and unfortunately a fringe/libertarian bro echo chamber which disdains progressives and “normies” even though that’s exactly who you’d have to appeal to in order to generate the kind of revolutionary change they think a social media-driven cryptocurrency could. And while I can see how cryptocurrency is essentially a libertarian wet dream come true, there are several reasons I, as a dedicated progressive liberal can support a blockchain-based cryptocurrency.

In any case, while Steemit is still comparatively small-time, it’s proof of the concept. To work better, it would need to be appealing to everyone and your grandmother, and you know what social media site already has everyone and your grandmother on lock? Facebook. The biggest thing a Facebook cryptocurrency would need to work is a buy-in for the average user for whom cryptocurrency is likely still a bit confusing. I think the easiest way to get people excited about it would be to tell each user how much their account is worth in GC retroactively, show people how easy it is to give and receive GC, and line up services and businesses ready to accept GC on day one of the launch. 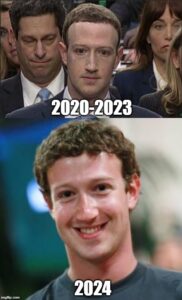 Now, the current timeline for GlobalCoin to launch is sometime in 2020, but there are likely going to be significant legal challenges to overcome before it actually can be launched, and I think these delays will probably be substantial. Saturn in Aquarius is in a superior square to Uranus in Taurus from 2021-2022. This suggests significant oversight, management and regulation of the revolutionary impulses of Uranus in finance. If it’s launched in this time, it likely will not be seen as that amazing of a development, and there will be setbacks and doubts about if it can really work.

However, the big breakthrough moment when the revolutionary impulses of Uranus are freed in a magnificent fashion, will be once Saturn has moved on from squaring Uranus and Jupiter conjoins Uranus at 22 Taurus in April 2024. Although we don’t know his birth time, (although I have an idea about what it might be) we do know that this Jupiter-Uranus conjunction will be very close to the degree of Zuckerberg’s Sun. Uranus will begin to come within 3° of his Sun in June-November 2023. In 2024 we’ll see the exact hit(s) of Uranus to the degree of his Sun, and Uranus leaves the 3° range in 2025. 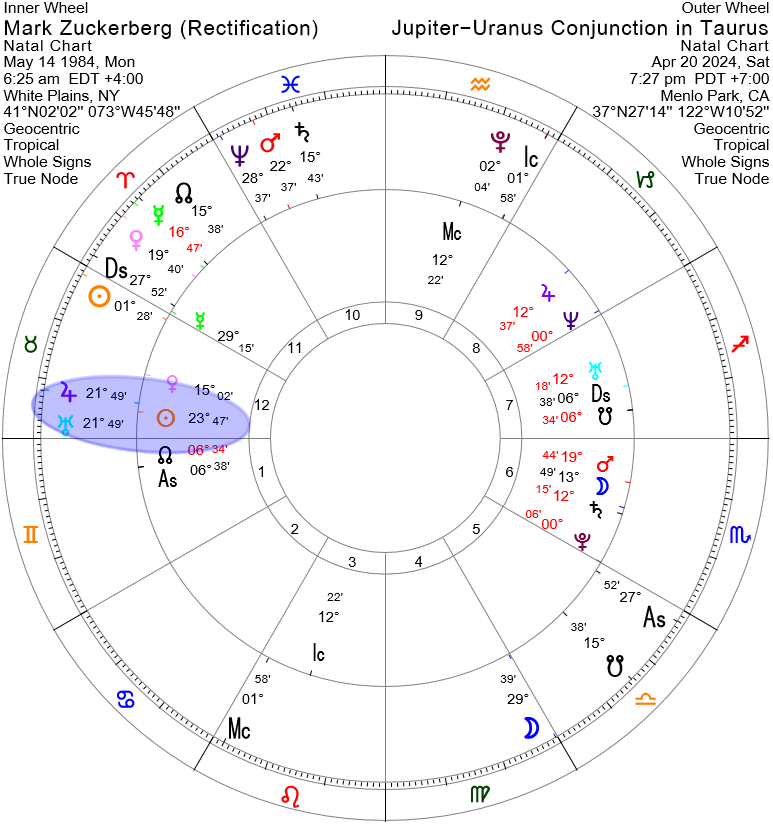 The Jupiter-Uranus cycle is coincident with periods of scientific discovery, grand breakthroughs and marvelous disruptions, which you can read a bit about from Richard Tarnas’ “Cosmos and Psyche” here. With Jupiter conjunct Uranus in Taurus, this will have to do with the domain of value, wealth and luxury. At the same time, typically when someone has Uranus conjunct their Sun, their lives turn upside down, they desire freedom at all costs, they reach a kind of breakthrough or breakdown. It’s interesting to consider what a breakthrough for Zuckerberg would look like when he has already accomplished so much and already has an unfathomable amount of wealth. A disruption for him would either be a grand early retirement from business, or…finally succesfully launching GlobalCoin through Facebook after a long period of delays, or reaching some milestone of success with GlobalCoin, which would be as seismic a development as social media itself was on the internet in general.

In my last post about Zuckerberg and Facebook, I noted how the Sun-Venus alignments in Gemini from 2004, 2008 and 2012 were really important in Facebook’s history. It’s interesting then to note that the next two Sun-Venus alignments in Gemini include the Venus retrograde in May 2020 and the Sun-Venus superior conjunction in Gemini in May 2024. I presume the Venus retrograde in 2020 might relate to an initial launch that doesn’t go as planned (similar to the Facebook IPO in 2012) and then a triumphant March-May 2024.

I’m not a betting man, but if I were, I’d try to get in early on GlobalCoin, and hodl hodl hodl through 2024.